As of Oct 2020, there are 13 Healthcare HIPAA Violations resulting in millions of dollars in fines.These HIPAA breaches were all preventable.

Agape Health Services, has agreed to pay $25,000 to OCR in HIPAA fines for failure to implement multiple HIPAA security rules.

The Centers for Medicare & Medicaid Services (CMS) has released a new infographic on how alleged violations of the HIPAA Administrative Simplification requirements are processed.

Find out what happens when a complaint is filed:

If you have a complaint about a potential HIPAA Administrative Simplification violation, you can submit it to the CMS complaint enforcement process. Look for more information about CMS compliance and enforcement coming soon.

Medical Informatics Engineering, Inc. (MIE) has paid $100,000 to the Office for Civil Rights (OCR) at the U.S. Department of Health and Human Services, and has agreed take corrective action to settle potential violations of the Health Insurance Portability and Accountability Act (HIPAA) Privacy and Security Rules. MIE is an Indiana company that provides software and electronic medical record services to healthcare providers.

On July 23, 2015, MIE filed a breach report with OCR following the discovery that hackers used a compromised user ID and password to access the electronic protected health information (ePHI) of approximately 3.5 million people. OCR’s investigation revealed that MIE did not conduct a comprehensive risk analysis prior to the breach. The HIPAA Rules require entities to perform an accurate and thorough assessment of the potential risks and vulnerabilities to the confidentiality, integrity, and availability of an entity’s electronic protected health information.

“Entities entrusted with medical records must be on guard against hackers,” said OCR Director Roger Severino. “The failure to identify potential risks and vulnerabilities to ePHI opens the door to breaches and violates HIPAA.”

In addition to the $100,000 settlement, MIE will undertake a corrective action plan to comply with the HIPAA Rules that includes a complete, enterprise-wide risk analysis.

The resolution agreement and corrective action plan may be found at https://www.hhs.gov/hipaa/for-professionals/compliance-enforcement/agreements/mie/index.html. 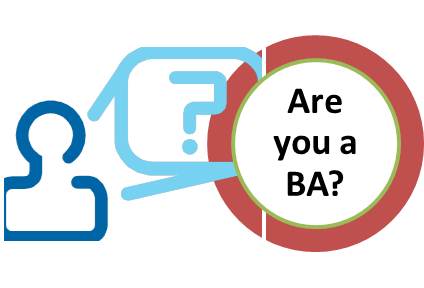 The HHS Office for Civil Rights (OCR) has issued a new fact sheet that provides a clear compilation of all provisions through which a business associate can be held directly liable for compliance with certain requirements of the HIPAA Privacy, Security, Breach Notification, and Enforcement Rules (“HIPAA Rules”), in accordance with the Health Information Technology for Economic and Clinical Health (HITECH) Act of 2009.  In 2013, under the authority granted by the HITECH Act, OCR issued a final rule that, among other things, identified provisions of the HIPAA Rules that apply directly to business associates and for which business associates are directly liable.

OCR has the authority to take enforcement action against business associates only for those requirements and prohibitions of the HIPAA Rules that appear on the following list.

“As part of the Department’s effort to fully protect patients’ health information and their rights under HIPAA, OCR has issued this important new fact sheet clearly explaining a business associate’s liability,” said OCR Director Roger Severino.  “We want to make it as easy as possible for regulated entities to understand, and comply with, their obligations under the law.”

The new fact sheet may be found at https://www.hhs.gov/hipaa/for-professionals/privacy/guidance/business-associates/index.html along with OCR’s guidance on business associates.

Touchstone Medical Imaging (“Touchstone”) has agreed to pay $3,000,000 to the Office for Civil Rights (OCR) at the U.S. Department of Health and Human Services (HHS), and to adopt a corrective action plan to settle potential violations of the Health Insurance Portability and Accountability Act (HIPAA) Security and Breach Notification Rules. Touchstone, based in Franklin, Tennessee, provides diagnostic medical imaging services in Nebraska, Texas, Colorado, Florida, and Arkansas.

In May 2014, Touchstone was notified by the Federal Bureau of Investigation (FBI) and OCR that one of its FTP servers allowed uncontrolled access to protected health information (PHI).  This uncontrolled access permitted search engines to index the PHI of Touchstone’s patients, which remained visible on the Internet even after the server was taken offline.

Touchstone initially claimed that no patient PHI was exposed.  However, during OCR’s investigation, Touchstone subsequently admitted that the PHI of more than 300,000 patients was exposed including, names, birth dates, social security numbers, and addresses.  OCR’s investigation found that Touchstone did not thoroughly investigate the security incident until several months after notice of the breach from both the FBI and OCR.  Consequently, Touchstone’s notification to individuals affected by the breach was also untimely.  OCR’s investigation further found that Touchstone failed to conduct an accurate and thorough risk analysis of potential risks and vulnerabilities to the confidentiality, integrity, and availability of all of its electronic PHI (ePHI), and failed to have business associate agreements in place with its vendors, including their IT support vendor and a third-party data center provider as required by HIPAA.

In addition to the monetary settlement, Touchstone will undertake a robust corrective action plan that includes the adoption of business associate agreements, completion of an enterprise-wide risk analysis, and comprehensive policies and procedures to comply with the HIPAA Rules.

The resolution agreement and corrective action plan may be found at http://www.hhs.gov/hipaa/for-professionals/compliance-enforcement/agreements/tmi/index.html. 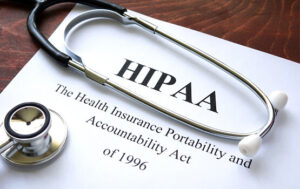 The U.S. Department of Health and Human Services, Office for Civil Rights (OCR), has announced the first Health Insurance Portability and Accountability Act (HIPAA) settlement of 2017 based on the untimely reporting of a breach of unsecured protected health information (PHI).  Presence Health has agreed to settle potential violations of the HIPAA Breach Notification Rule by paying $475,000 and implementing a corrective action plan. Presence Health is one of the largest health care networks serving Illinois and consists of approximately 150 locations, including 11 hospitals and 27 long-term care and senior living facilities. Presence Health also has multiple physicians’ offices and health care centers in its system and offers home care, hospice care, and behavioral health services. With this settlement amount, OCR balanced the need to emphasize the importance of timely breach reporting with the desire not to disincentivize breach reporting altogether.

On January 31, 2014, OCR received a breach notification report from Presence indicating that on October 22, 2013, Presence discovered that paper-based operating room schedules, which contained the PHI of 836 individuals, were missing from the Presence Surgery Center at the Presence St. Joseph Medical Center in Joliet, Illinois.  The information consisted of the affected individuals’ names, dates of birth, medical record numbers, dates of procedures, types of procedures, surgeon names, and types of anesthesia.  OCR’s investigation revealed that Presence Health failed to notify, without unreasonable delay and within 60 days of discovering the breach, each of the 836 individuals affected by the breach, prominent media outlets (as required for breaches affecting 500 or more individuals), and OCR.

“Covered entities need to have a clear policy and procedures in place to respond to the Breach Notification Rule’s timeliness requirements” said OCR Director Jocelyn Samuels. “Individuals need prompt notice of a breach of their unsecured PHI so they can take action that could help mitigate any potential harm caused by the breach.”

The Resolution Agreement and Corrective Action Plan is available for detail review below:

OCR’s guidance on breach notification may be found at http://www.hhs.gov/hipaa/for-professionals/breach-notification/index.html

Learn more on how to comply with HIPAA privacy, security and breach notification rules at https://ehr20.com/services/hipaa-hitech-compliance-assurance/ 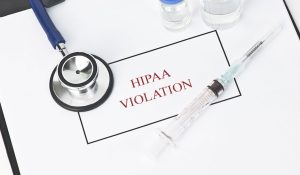 New York Presbyterian Hospital has reached a settlement with the Office for Civil Rights (OCR) to pay $2.2 million HIPAA violation fine for the unauthorized disclosure of two patients Protected Health Information (PHI). The PHI was released to film crews and staff during the filming of an ABC television series called “NY MED.”  This was done without authorization from the patients. OCR discovered that North Presbyterian Hospital (NYP) allowed the ABC film crew to record someone dying, and another person who was in significant distress. This took place even after medical professionals urged the ABC film crew to stop. 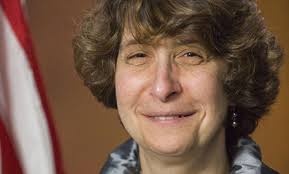 “This case sends an important message that OCR will not permit covered entities to compromise their patients’ privacy by allowing news or television crews to film the patients without their authorization,” said Jocelyn Samuels, OCR’s Director.  “We take seriously all complaints filed by individuals, and will seek the necessary remedies to ensure that patients’ privacy is fully protected.”By allowing individuals who were  receiving medical attention to be filmed without their knowledge or authorization by members of ABC filming crew, NYP’S blatantly violated the HIPAA rules. Rules that are specifically made in order to stop the disclosure of an individual’s PHI.”

Along with the $2.2 million dollar settlement New York Presbyterian Hospital is required to:

What is the specific HIPAA violation?

New York Presbyterian Hospital violated the HIPAA Privacy Rule by allowing the film crew to record both video and audio content of patients with out the proper authorization. OCR also found that NYP failed to safeguard PHI by allowing the ABC film crew virtually total access to the healthcare facility, which in return created an environment where PHI could not be properly protected from unauthorized disclosure to the ABC film crew and staff.

New York Presbyterian Hospital has agreed to pay HHS $2,200,000 (Resolution Amount) in order to settle potential violations of the HIPAA Rules. This settlement also includes a comprehensive corrective action plan (CAP) that includes two years of monitoring in order to ensure HIPAA compliance. This action plan will include training on the policies and procedures in order to fully comply with the Privacy Rule, along with requirements that all photos, video, and audio recording conducted be actively monitored by an appropriate employee for compliance with the Privacy Rule.

What could have been done differently?

Before filming any individuals receiving urgent or non-urgent medical care, proper authorization needs to be in place. HIPAA Rules are specifically designed to prohibit the disclosure of individual’s PHI which includes, images, audio, and video recordings, in circumstances such as these. ABC’s film crew technically did not do anything wrong. It is New York Presbyterian Hospital’s responsibility to protect and safeguard its patient’s PHI. Simply getting permission from the patients would have been sufficient in allowing ABC to film. However a covered entity, including a health care provider, may not use or disclose PHI, except either:

To learn more about how EHR 2.0 can help reduce HIPAA violation by setting up policies and procedures that will ensure your healthcare practice is and stays HIPAA compliant, please visit us at https://ehr20.com/services/

Thanks for letting us know!
This is how we improve bertha
What did you expect to happen?
Ask Bertha to Write About Anything
From email subject lines to full on blog posts and even Facebook adverts
Copy to clipboard
Add to Favourite
Report
Insert Default Content